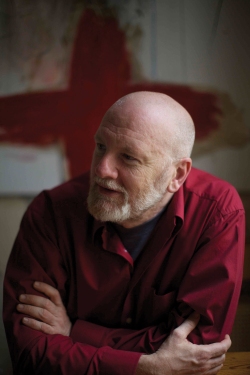 The young Australian guitarist Andrey Lebedev will present a concert of ‘Australian Music and the Classical Guitar’ on Wednesday 2 March 2016 at the Royal Academy of Music, London. He will be performing with Academy musicians from Australia and abroad including the pianist Joseph Havlat, mezzo-soprano Lotte Betts-Dean, the Ardour Quartet, double bass player Joseph Prindl, and the Academy String Orchestra conducted by Jo Cole (RAM Head of Strings).

The movements of the Three Caprichos after Goya by Brett Dean are: Que sacrificio; Dios la perdone: Y era su madre; and No te escaparas. The pieces were commissioned as part of a  concert project of the Staatsgalerie Stuttgart in 2003; a number of compositions were commissioned for the guitarist Jürgen Ruck, based on Goya’s Caprichos. More details of this piece and the other commissions can be found on Jürgen Ruck’s recording: Jürgen Ruck – Caprichos Goyescos Vol. 1.

I spoke to Andrey Lebedev about the two premières: Gertrude Fragments for mezzo-soprano and guitar by Brett Dean and In Amber for guitar and double bass and strings by Phillip Houghton:

When planning this programme I was surprised to find that there was almost no original Australian music for voice and guitar. Lotte and I have been working together for the last year and it seemed a huge shame not to be able to perform together in this concert. Brett Dean very kindly offered to compose a new cycle for us, using the libretto from his upcoming opera on Hamlet by librettist Matthew Jocelyn (after William Shakespeare). So Gertrude Fragments is a cycle of five pieces using fragments from Gertrude’s speeches. These are the beginning of what hopefully will be a rapidly growing catalogue of Australian Music for voice and guitar.

I have known Phil Houghton for many years and performed much of his solo and chamber music. He has a fresh approach to blending ensembles and a brilliant ear for extracting colour from instruments. I had the chance to catch up with Phil when he was over for John William’s series at The Globe last year. He was really excited about changes he had recently made to In Amber including the addition of a double bass.

Nourlangie was written by Peter Sculthorpe in 1989. His programme notes set the scene:

In 1989, I made my first visit to Kakadu National Park, in the north of Australia. Looking out across the great floodplains there, I could see the abandoned sites of early white settlement, the Arafura Sea, Torres Strait and, in my imagination, the islands of Indonesia. The music of these places, and of Kakadu itself, fused in my mind. I have since written a number of works in which this fusion has been incorporated into my musical language. Nourlangie is one of these works. It takes its name from an enormous rock monolith in the park. In a single movement, the music of Nourlangie is made up of alternations and elaborations of two different motifs. Following an introduction, the first motif is heard at the outset in a chorale-like form. The second motif, heard immediately after the first, is based upon a Torres Strait dance-song, and is later transformed into a long joyful melody. Although the work does contain many bird-sounds, it is not intended to be a description of Nourlangie; its concern is with my feelings about this powerful and serene place. I might add that while writing this music, I often dreamed of a lost guitar in the sea, lying there since the time, in 1606, when a Spanish expedition led by Luis Vaz de Torres vainly sailed through waters to the north.

Many of the works on the Royal Academy of Music programme were written for and in collaboration with John Williams and they remain dear to him, as Andrey Lebedev found:

it has been hugely edifying to spend some time with John Williams on this music. He has decades of experience working with these composers and performing their works. He is friendly, knowledgeable, and has a love for this music that is very inspiring.

There will be a pre-concert discussion, with Australian-born classical guitarist John Williams and Dr. Raymond Holden in the David Josefowitz Recital Hall, at 6.15pm. 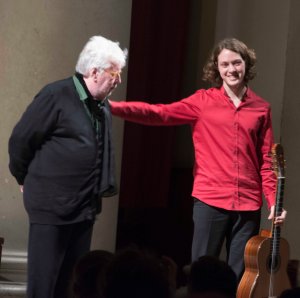 Andrey Lebedev already has some impressive premières to his name: Beyond the White Hand: Construction with Guitar Player by Harrison Birtwistle and Brouwer’s Sonata No.5: Ars Combinatoria for the Julian Bream Trust in concert on 4 December 2014,  Rituales y Danzas Festivas by Leo Brouwer, at Wigmore Hall on 18 May 2015, and Oh T.I. for guitar and string orchestra by Peter Sculthorpe with the Canberra Festival Camerata at the Canberra International Music Festival in May 2012.

Flamenco Festival London continues this week with an incredible selection of flamenco’s finest contemporary artists. The young, barrier-breaking flamenco dancer, Rocío Molina presents her gravity defying Caida del Cielo – Fallen from Heaven, where she uses her  boundless technical facility and deep expressivity to explore the outer world and inner world and make sense of it.  Rocío […]