FOLLOWING the statement in a recent trial that ‘there is no such thing as RSI’, my patients of that day came in asking: ‘What have I got then, because it certainly  is painful and stops me playing?’ I know that they have valid symptoms and that the patients were consistent in describing their condition but this area is a minefield for diagnosis and provokes long, vigorous discussions amongst therapists and clinicians. 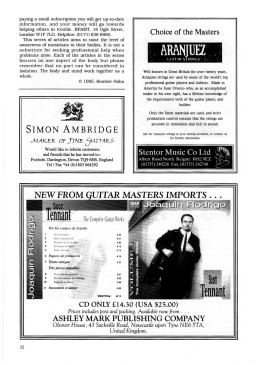