The International Women’s Day celebrations continue at the Royal College of Music with an evening recital featuring the UK première of Concerto for Two Guitars by the French composer  Germaine Tailleferre (1892–1983) performed by the Nova Guitar Duo – Nelly von Alven on six-string guitar and Luiz Mantovani on eight-string guitar (also known as the ‘Brahms guitar’).

Germaine Tailleferre’s Concerto for Two Guitars and Orchestra was composed in the 1960s for the Duo Pomponio-Martínez Zárate. The piece was never performed, however, and what is more the score was considered lost until 2003, when it was found in the archives of Radio France. Since then, it has received its first performance and recording by the German Duo of Chris Bilobram and Christina Altmann, but it has never been performed in the UK. 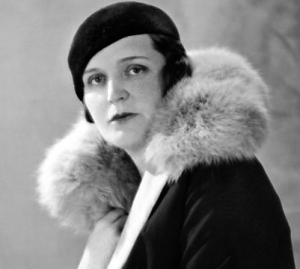 Tailleferre studied at the Paris Conservatoire and by 1920 she was the only female member of Les Six, together with Darius Milhaud, Louis Durey, Francis Poulenc, Arthur Honneger and Georges Auric. Unjustifiably underrated nowadays, her output was vast, including piano and chamber music, music for orchestra and wind ensemble, choral and songs, ballets, operas, incidental music for theatre and radio and music for film and television. Besides the Concerto for Two Guitars and Orchestra, she also composed a short piece for guitar solo called Guitare and there are rumours that a Concertino for Guitar and Chamber Ensemble also exists, but the score remains to be discovered.

The Concerto for Two Guitars and Orchestra is scored for a chamber orchestra and is in four movements, each one with a very distinctive character and influences. An exquisite work, it is not a typical concerto for the soloists, who often are playing not above but together with the orchestra, in a collaborative fashion. The harp and celesta both have a very important role, almost equal to that of the two guitars, which has led to analogies with a ‘concerto grosso’, opposing the plucked instruments and the celesta to the rest of the orchestra.

Five Impressions was commissioned by Deal Festival in 2011 and composed for the violinist Hun-Ouk Park and the guitarist Tom Ellis. Laura Snowden writes:

There is an alternation throughout the piece between light, innocent sounds and darker, more foreboding ones. The first movement begins with a meandering, exploratory quality, as though asking the questions which will be answered as the piece develops. The guitar’s bottom string is tuned from E to E flat in this movement, which darkens the sonority and creates the feeling of a downwards pull. The second movement is intended to depict a distorted fairground. Both the violin and guitar have melodies which, played alone, would sound innocent and childlike, but which combined create something a little more disturbing and darkly humorous. The third movement, being the furthest from the start and the end, is the one where the listener is intended to feel most “lost”. The violin’s most quiet and delicate sounds are exploited in this movement. This gives way a fourth movement inspired by Irish folk music and the rhythms of traditional Bulgarian music; finally, in the fifth movement, it is the “light” which wins. The ascending violin part at the end of the piece is intended to suggest an ascent to the sky.

The BBC Radio 3 broadcast from the Royal College of Music at lunchtime on Wednesday 8 March 2017 to mark International Women’s Day, can be found at: BBC RADIO 3

The International Women’s Day at the Royal College of Music featuring the UK première of Germaine Tailleferre’s Concerto for Two Guitars performed by the Nova Guitar Duo (Nelly von Alven and Luiz Mantovani) and the première of Nalepastraße by Maeve McCarthy performed by the Meraki Guitar Quartet: Will Scott, Matt House, Elizabeth Parkes and Kristian Richardson will be in the Britten Theatre at 7.30pm.  Tickets.