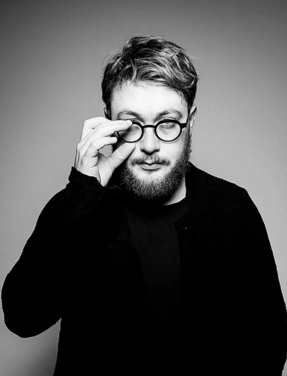 The classical guitarist and composer Sam Cave will be giving an online performance this evening, hosted by the Orpheus Sinfonia Foundation, as part of their Adjourned but Still in Session Concert from his home in London at 6pm on Monday 13 July 2020.

Sam Cave has established a well-deserved reputation for his excellent performances and recordings of cutting edge guitar repertoire. In this concert we will hear the première of Dos Desenhos by the Brazilian composer Rafael Marino Arcaro (b. 1990), as well as Chile by Christopher Fox (b. 1960) and Fretted with Golden Fire – Movements I and II by Martin Rane Bauck (b.1988).

Dois Desenhos for solo guitar was inspired by the elegance and restraint of Picasso’s one-line drawings. Each of these drawings create an image made out of a single continuous line – a single continuous gesture. This solo work aims to bring about the same elegance and restraint in guitar writing. The title translates as ‘Two Drawings’ in English. The piece is made out of two continuous lines of melodic material that intertwine during the course of the piece. These lines form a patchy drawing, binding together two lines to create one compound image – two gestures together in one.

In May 2019, Sam Cave released a recording of contemporary music for the guitar with the title Refracted Resonance  (Métier MSV 28586) most of which were première recordings, including Tellur by Tristan Murail (b. 1947), Guitar Sonata by George Holloway (b. 1983), Chile by Christopher Fox (b.1955), Second Guitar Sonata by George Holloway, Subconscious Wave, Op. 58 by Horaţiu Rădulescu and Refracted Meditations III by Sam Cave (b. 1987).

To listen to the Sam Cave  in his Adjourned but Still in Session Concert live on Monday 13 July 2020 at 6pm, London time, please visit.